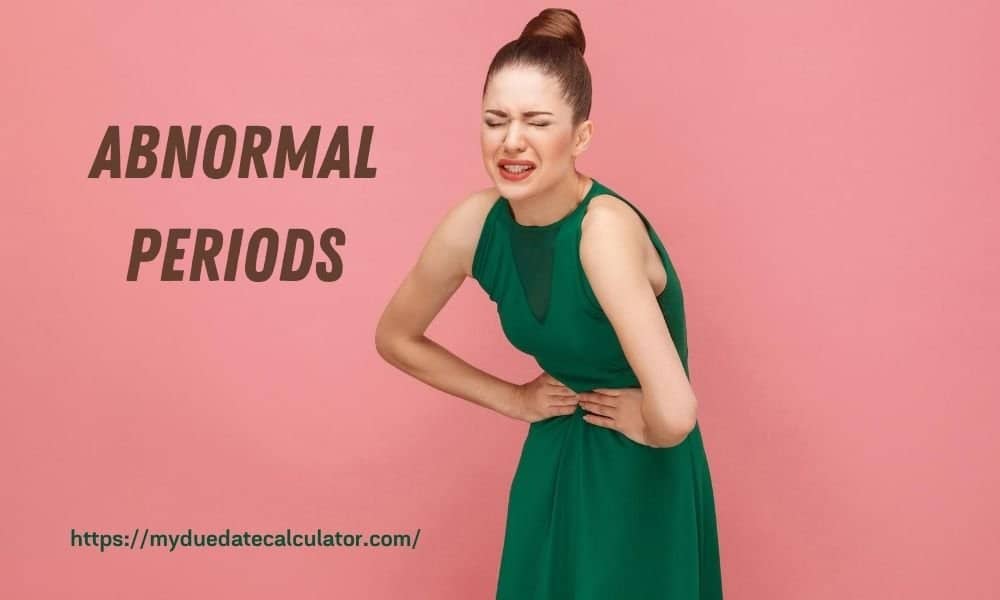 Menstrual periods normally last from four to seven days, and women usually get their periods every 28 days. However, the cycles might range from 21 to 35 days. In some cases, women face abnormal periods, like the cycle occurring less 21 days, or over 35 days apart. Other abnormalities might include missing over three periods in a row, heavier or lighter flow than usual, periods lasting over seven days, periods accompanied by cramps, nausea, and vomiting, and bleeding or spotting between periods, which usually occurs after menopause or sex.

However, before you start worrying, here is a comprehensive guide about the types of abnormal periods, their possible causes, and treatments.

Abnormal periods are not always linked to underlying health problems. Often lifestyle changes can affect periods too. Some of the common causes are –

Diagnosis and Treatment of abnormal periods:

If you feel the need to consult your physician about the abnormal periods, you might have to undergo some of the diagnostic processes. They include –

Once the diagnoses are complete, treating the condition becomes the next logical step. Procedures depend on the underlying cause.

Before you let the possibility of abnormal periods worry you, there are some self-care tips you can follow to try and avoid the situation. Lead a healthy lifestyle, with regular moderate exercise, and nutritious foods. If you are an athlete, be sure to cut back on workout routines that are too prolonged or intense. Get adequate rest, and practice relaxation techniques. See a doctor for regular checkups, and take contraceptives as per instructions. Lastly, change the sanitary napkins every four to six hours and avoid toxic shock syndrome, as well as infections.

Periods are often treated as taboo, so it might be harder for women to open up about abnormal periods. In turn, it might lead to delayed diagnoses and treatments. Be sure to keep a careful record of your menstrual cycle and consult your doctor in case of any irregularities.